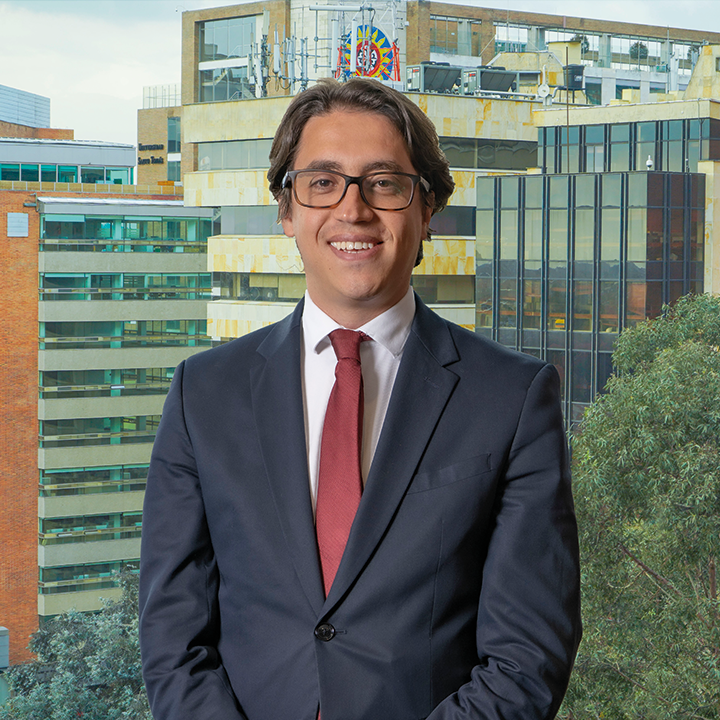 Lucas is a partner in the area of Energy Law and Natural Resources, including electric power, gas, oil and other liquid fuels. He has more than 9 years of experience advising entities on administrative and energy law matters, as well as electricity generation, distribution and commercialization companies, as a member of their boards of directors.

In the Ministry of Finance and Public Credit, Lucas directed the financing operations of the Nation and its companies, including those of domestic public services. He also advised on the structuring of the regulations governing Public-Private Partnerships, and legally led privatization processes of state-owned companies such as the case of ISAGEN S.A. E.S.P.

Holding the position of Legal Head of the Ministry of Mines and Energy, Lucas led, among others, the legal position of the ministry in the comprehensive business solution that ensured continuity in the provision of electric power service in the Colombian Caribbean. Likewise, he advised the structuring and development of the Long-Term Energy Auctions, which led to the first auction of incorporation of generation projects with non-conventional renewable energy in the Colombian energy matrix.

Lucas was admitted to the New York BAR to practice law.